From my earliest college days, I’ve railed against some of the major tenets of psychology. As an undergrad majoring in social psychology at the University of Michigan, I was immersed in the radical behaviorism of B.F. Skinner. If a person experienced “A” in childhood, my professors explained, he would do “B” in adulthood. The theory stood in stark contrast to the biblical concept of “free will” and left me skeptical. Likewise I scoffed at hereditarianism, birth order as determinant of personality, nature vs. nurture, and the variability hypothesis. In short, I just wanted to be “me.”

Dr. Christopher Kaczor had viewed the field of psychological counseling unfavorably, too, until he encountered the “positive psychology” of Martin Seligman. While psychology has traditionally studied problems, such as depression, anxiety and bipolar disorder, Seligman’s “positive psychology” focused instead on what makes people happier, stronger and more resilient. 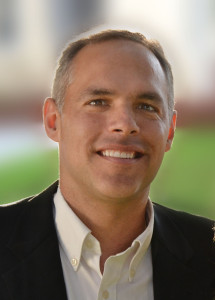 And what Kaczor saw was that traditional Christian practices such as giving thanks, forgiving others and serving your neighbor actually foster feelings of well-being and happiness in the individual. Faith, he realized, is good for you.

In his book The Gospel of Happiness: Rediscover Your Faith Through Spiritual Practice and Positive Psychology, Kaczor shows how living out authentic Christian virtues and exercising willpower in one’s life engenders feelings of well-being. Using a helpful acronym, PERMA, Kaczor shows how faith is related to positive emotion, engagement, relationships, meaning, and achievement:

P (Positive Emotion). Kaczor explains, although faith does not always bring emotions such as gladness and consolation, characteristically faith does bring about positive emotion.

E (Engagement). Faith provides the basis for engagement in activities such as worship, fellowship, and personal prayer.

M (Meaning). Faith enhances meaning because the person of faith sees what they are doing as making a difference not just in the short term, but also for all eternity. Seeking meaning involves making a contribution to the well-being of something larger than oneself.

A (Achievement or Accomplishment). Faith opens the door to new forms of achievement, such as works of Christian charity, the development of the spiritual life of prayer, and the cultivation of the virtues. Christian faith also prompts believers to set goals that are more likely to bring about lasting happiness.

Kaczor’s marriage of positive psychology and Christian faith will resonate with readers, explaining the logic of lived faith, and encouraging deeper reflection. I recommend it.